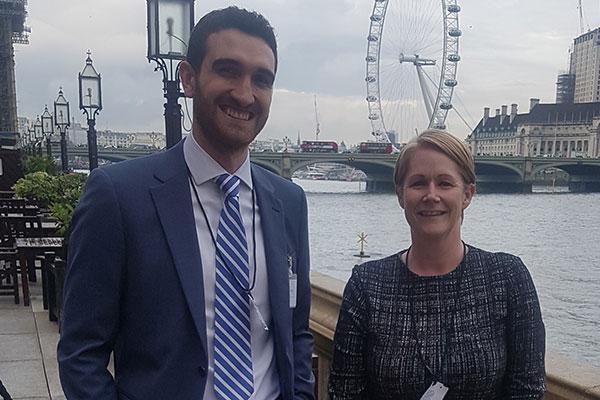 As the foremost trade association for the woodworking and joinery manufacturing industry in the UK, the BWF provides a positive voice for the sector, influencing government policy and regulations and championing standards.

The appointment of Andrew comes three years after he joined the Board as an executive member, where he has been instrumental in raising the profile of the woodworking sector as a whole and highlighting how it can support the construction industry through the Covid pandemic in a safe and sustainable way.

In his new role as Vice President, he will be working with the BWF Executive Board and President on the three areas identified in the President’s Campaign: supporting growth and future success of our sector; attracting the next generation of talent into our sector; and developing the talent within the profession, with the underlying thread of ensuing the BWF will continue to deliver value for its members as they meet the challenges of a post Brexit economy.

“I believe that the BWF has an increasingly important part to play in these uncertain economic times of skills and materials shortages and I very much look forward to helping shape the strategic direction of the woodworking industry, whilst building on the excellent work of those who have gone before me on the Board and its Executive team,” said Andrew.

Helen Hewitt, Chief Executive Officer for the BWF, said: “Andrew is always full of energy and passion for promoting the work of the trade association and has been a key driver in the direction of the association in the last couple of years. We are delighted to have Andrew as our Vice President, as this appointment adds further strength to the BWF Executive Board.   We look forward to his active contribution in the future.”

Gowercroft Joinery, based in Alfreton, Derbyshire, has been a member of the BWF since 2011, actively demonstrating the core values of the BWF through its commitment to design innovation, craftsmanship and the highest standards of performance and customer care.

Over the years, the company has won many industry accolades, and has featured prominently in the BWF’s own annual awards, claiming the ‘Apprentice of the Year’ prize in the 2017 and scooping the supreme ‘Woodworking Project of the Year’ award in 2019.