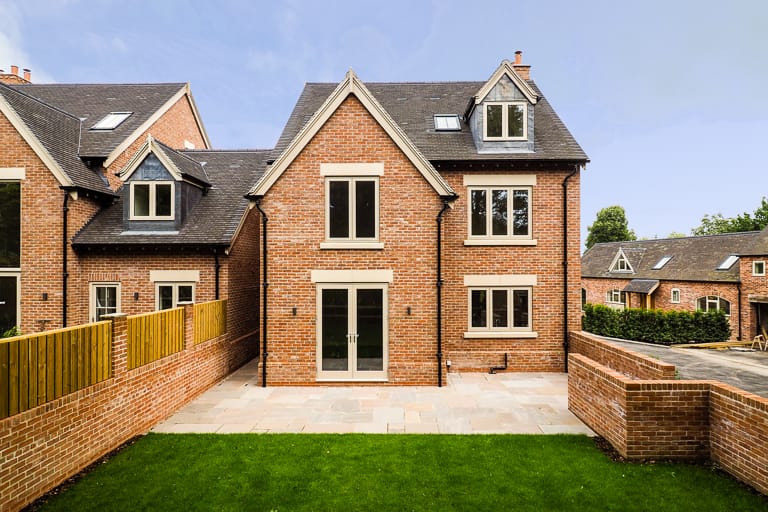 Traditional Windows and Doors for a Housing Estate and Pub Renovation

The renovation of the Melbourne Arms into a housing development with all the charm and character of an old english pub needed some very special bespoke windows and doors.

Traditional Windows and Doors for an Executive Housing Development

This is the transformation of the Melbourne Arms near Derby from a derelict Pub to a prestigious executive housing development. Gowercroft provided a range of bespoke traditional windows and doors for the project. The new housing estate included the the renovation of a 200 year old public house, and it was important for all aspects of the buildings to combine traditional styling with modern day performance.

This former listed building has been a local landmark for 228 years. The property was build in 1791 by landlord Francis Dalman and was part of the estate of Lord Melbourne for a number years, finally being sold in 1919 to become a bottling plant. Other incarnations of the pub included an Indian Restaurant, among other things. Eventually fell into disrepair until being purchased by Stanton Developments in 2018, with a view to restoring the property as part of a larger development project.
Photo: Derbyshire Live

The Melbourne Arms before restoration

Restoration and the Development of 5 new properties

Stanton Developments embarked on a full restoration of the pub and the development of a further 5 houses on the site. The restoration included the removal of some ‘unsympathetic extensions’ that had been added at various times in the past. The pub became 2 link detached four bedroom family homes, and has retained much of the original features including the high stacked chimneys and characteristic inglenook fireplace.

From the double height skirting to the reinstated upstairs fireplace, we feel privileged and proud to have renovated this historic building of significance – Andy Turner, Stanton Developments

In addition to the restoration of the pub Stanton also build 5 new properties on the plot to create an enclave of houses to compliment the landmark pub. All the houses were designed to be both individual and unique in design, but sympathetic in looks to the original structure and nestle comfortably within the local conservation area. The houses are named after former proprietors William Worthington, Thomas Brooks and John Earl, as well as Lady Palmerston, the wife of Prime Minister Lord Palmerston, who bought the property in 1864, and Frances Cook, who later set up the bottling plant there.
Award winning architect Matthew Montague designed the properties for Stanton Developments.

Stanton Developments are a privately owned company in Derby who specialise in the development of exclusive residential and commercial properties. They oversee projects from acquisition to completion with imagination and style.

You can read more about the Armsgate range of properties on the Stanton Developments website here:
Read More

From the very outset, the Armsgate Development needed understand the historic nature of the site and conduct the restoration using modern conservation methods. This ‘sympathetic modernisation’ policy included the installation of traditional windows and doors that offered the very best in modern day performance. Gowercroft were selected to supply Accoya Windows from the Hardwick Range of flush casement windows and a range of Accoya doors from the Melbourne range of Doors.

All the properties had to keep the same styling but with individual designs as they were bespoke houses. Gowercroft’s part in achieving this was to supply slightly different designed front doors in subtly different colours for each house. The larger properties had more elaborate ironmongery and Accoya surrounds to set them apart.

The front elevation of one of the plots that was the old pub itself and had to match the original window design. Gowercroft produced a traditional Georgian bar design on these windows. There are also some triangular shaped windows that add and air of originality to the plots.

The village of Melbourne was part of the estate of Lord Melbourne, and is rated by the Sunday Times and the 15th most desirable place to live in the United Kingdom. A traditional market town in rural South Derbyshire, it features the listed Melbourne hall, a Norman church and picturesque mill pond. There is an excellent Leisure Centre, tennis courts, a cricket pitch and floodlit rugby and 4G football pitches. Top class restaurants and gastro dining include The Bay Tree Restaurant, Amalfi White and Harpurs of Melbourne. 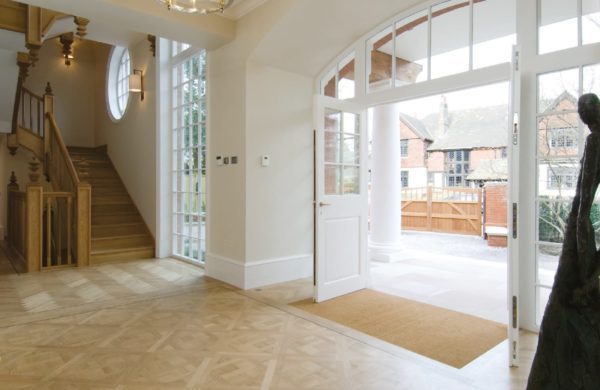 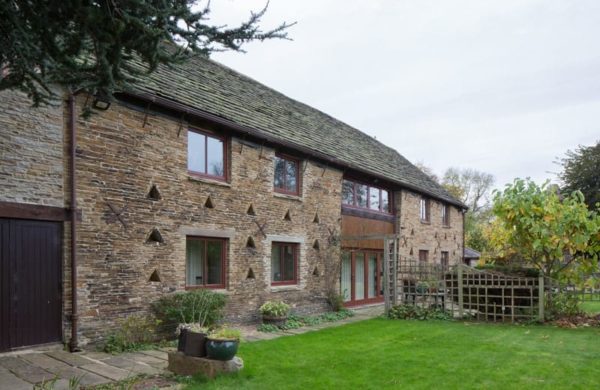 West Barn in Somersall, Chesterfield is a beautiful four bedroomed detached barn conversion, with a stream running alongside, situated in… 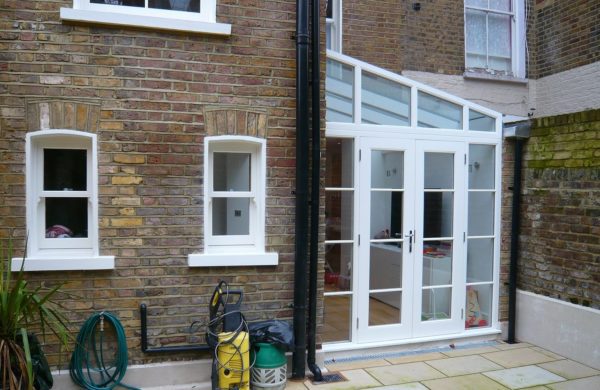