All about modern Georgian Windows 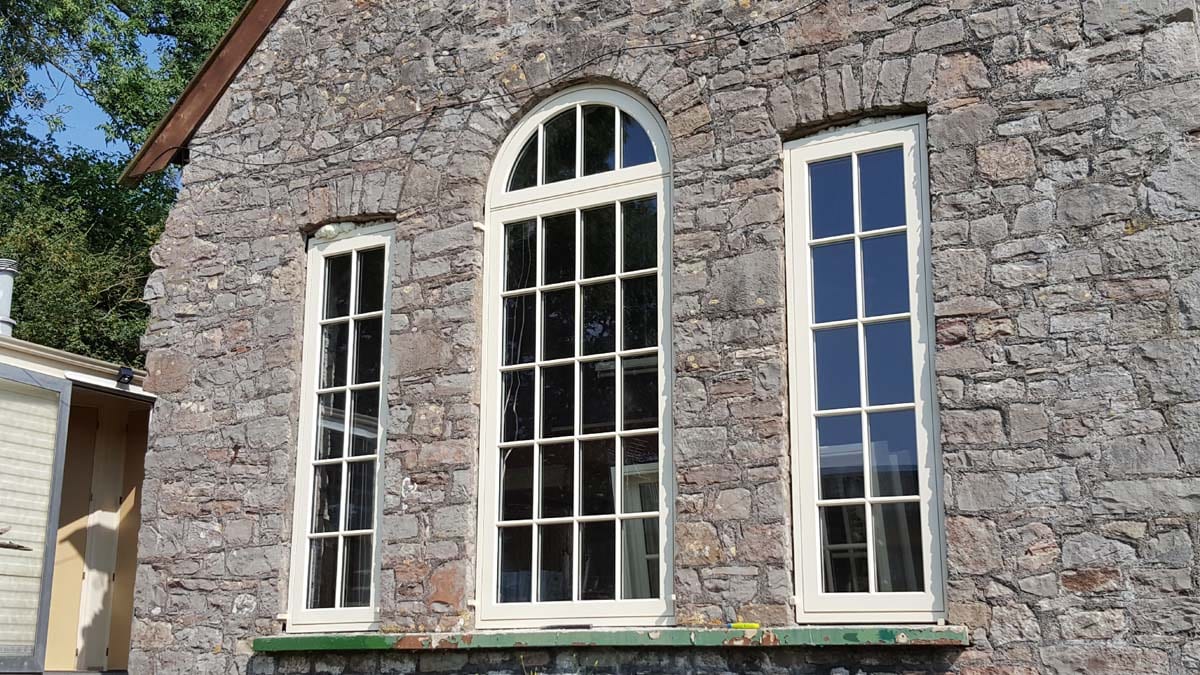 All about modern Georgian Windows

What are Georgian windows and how do modern windows look more traditional with Georgian bars?

Georgian windows are traditional windows dating back to the 18th and 19th centuries. They are characterised by being a large window made up of six or more smaller panes of glass held together by horizontal and vertical wooden bars. Typically, these bars are thinner than their surrounding frames to allow a larger area of glass. This in turn lets the windows allow more light into a building.

Why are Georgian windows made up of many smaller glass windows?

Window making technology at the time was unable to make a consistent sheet of glass more than a few feet in dimensions. Windows were made by glass blowing, believe it or not. A very large cylinder was blown and the windows would be cut out from it using a diamond tool. The curved pane was then reheated and flattened and affixed to a piece of polished glass to preserve its appearance. This ‘broad glass’ technique was perfected by French company Saint Gobain in the 1660s.

In the 1870s William Pilkington developed the sheet glass method of producing windows. A ribbon of glass was drawn from a tank by two cooling rollers. This innovation allowed for much larger, if less perfect, sheets of glass to be produced, and signalled the end for the traditional style window that symbolised architecture in the Georgian period.

How are modern Georgian windows made?

The Georgian style of window is still very popular today. They are often installed to give buildings a more traditional appearance. Older listed buildings and structures within conservation areas must have windows that match the appearance of the original units as closely as possible. As a result, present day window manufacturers produce faux Georgian windows that match modern day performance with a more traditional aesthetic.

The modern Georgian window is made up of larger double or triple glazed units. This is far more cost effective, secure and energy efficient than making multiple smaller panes. Generally, there are two ways of creating these windows: either with Georgian bars or Astragal Bars. Both methods are ways of dividing up larger, more efficient windows to give a traditional appearance.

Georgian bars are set within the double-glazed units themselves rather than having any material on the outside of the glass. This is a relatively poor-quality representation of a traditional Georgian window and is typically found only in the uPVC industry for that reason.

Astragal bars on the other hand feature bonded bars on the inner cavity of the double glazing. These bonded bars are then covered with Georgian bars on the outside, giving a more authentic, pass through look. Astragals are favoured for conservation projects as they look more like individual panes of glass than the Georgian bars. If you own a listed building or you are in a conservation area you will need the appropriate approvals from your local planning officer.

Note: the Gowercroft range of Heritage Windows have received planning permission numerous times when installed in Grade II listed buildings. In fact, the range was developed specifically for the Templeton House project, a prestigious listed building and one-time home to Sir Winston Churchill.
Modern Georgian windows offer high energy efficiency, soundproofing and robust security whilst giving the appearance of a traditional window. Advancing technology from Pilkington has given us Vacuum glazing – ultra slim double-glazed windows with vacuum cavities. Although the cavity is only a hair’s breadth (0.2mm), the vacuum makes the units incredibly efficient and allows for much narrower windows. These units are very popular in conservation projects as they maintain the appearance of the single glazed windows that the buildings would originally have been fitted with, but deliver performance better than a modern, thick double glazed unit. You can read more about Heritage windows and vacuum glazing here.