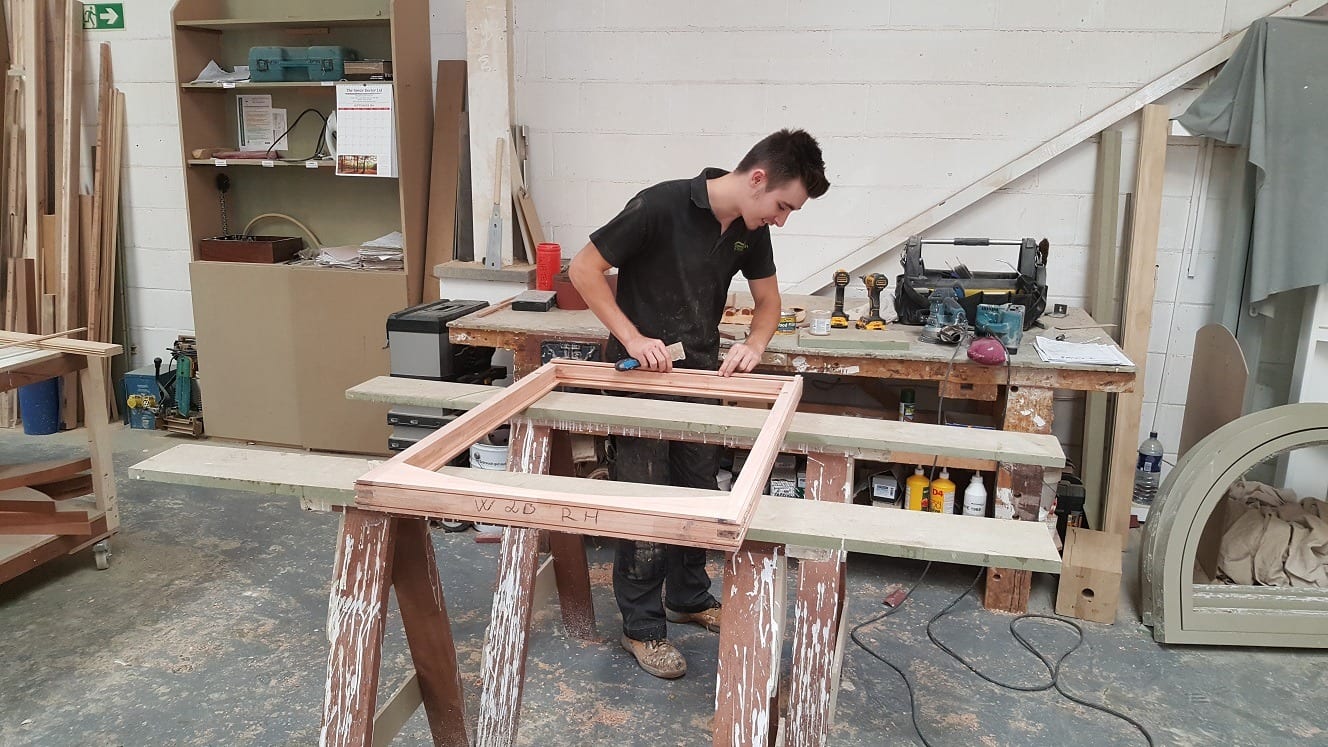 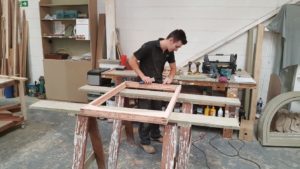 Gowercroft Joinery 3rd Year apprentice, Oliver Walker, has been shortlisted for The British Woodworking Federation’s Apprentice of the Year Award.

Oliver joined Gowercroft in 2015 at the start of his second year of the Bench Joinery apprenticeship at Learning Unlimited in Chesterfield. From the start of his employment, it was clear that he was an ambitious young man with a desire to learn and improve. While completing his apprenticeship he has exhibited exceptional commitment, he has been involved in some very prestigious projects and has grown both in confidence and ability.

Chesterfield College are so impressed by Oliver’s abilities, that they are currently seeking to enter him into the prestigious Merlane Trophy.

Below are photos of Oliver putting together and then prepping sliding sashes with a curved bottom of top rail. There is also a photo showing pieces machined ready for assembly of 4 no. large, curved top, ground floor screens which were installed new Kings Cross station in central London, during the conversion of an old pub into luxury apartments. Oliver worked closely with our team leader of specialist items to machine these parts and later to assemble them into finished products.

“We’re delighted that Oliver has been shortlisted for this award. He has made a big impact on the business and he really deserves some recognition for the drive and commitment that he has shown since he has been with us. We are committed to providing a dedicated learning environment for new youngsters joining our industry and Oliver is just one of 6 excellent apprentices we currently have at Gowercroft.”

Winners of the 2017 Awards are to be announced at the BWF’s Annual Dinner on 24th November at the historic Draper’s Hall in central London which will be hosted by former world cup referee, Graham Poll. Gowercroft are also shortlisted for the Product Innovation category for our new heritage Winston and Richmond window ranges. The British Woodworking Federation is the voice of the woodworking and joinery manufacturing industry in the UK. It has over 700 members drawn from manufacturers, distributors and installers of timber doors, windows, conservatories, staircases, furniture, all forms of architectural joinery, as well as suppliers to the industry.