The Different Types of Sashed Windows on the Market 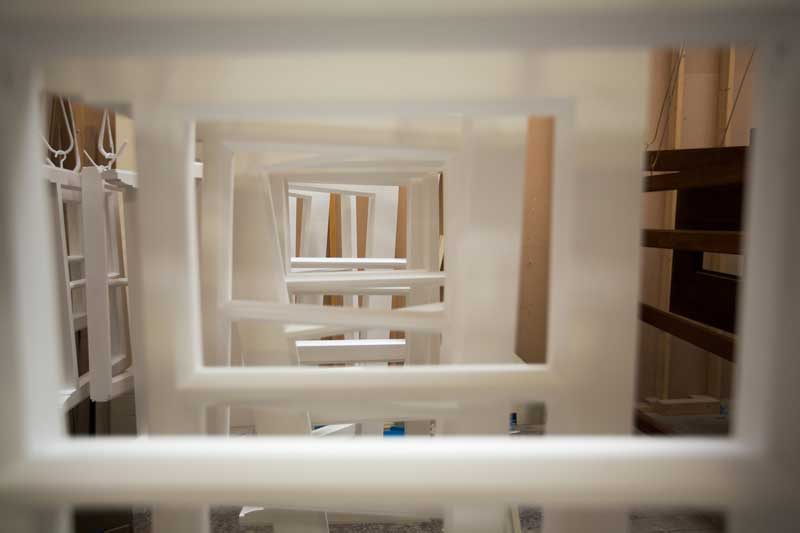 The Different Types of Sashed Windows on the Market

What are sashed windows?

Sashed windows are windows that open vertically. Constructed of two panes (or groups of panes) within frames that are housed within a larger frame. The frames overlap slightly, one behind the other to allow them to slide vertically to create an opening at either the top or the bottom of the window.

Sash windows can be quite large, often made of 4, 6 or 8 panes of glass in each frame. This of course can make them rather heavy. As sashed windows are opened by lifting the lower frame, they are often assisted by series of counter balances and pulleys, often cleverly hidden within the outer window frame.

A brief history of Sash Windows

Sash windows are one of the first types of windows to be developed, with the design being perfected in the 16th and 17th centuries. Glass making technology was still developing at this time, and it was not possible to make panes of glass large enough to fill the apertures needed to adequately light a building. Large windows were then built using lots of smaller panes joined together by horizontal and vertical bars.

As glass making technology developed, the panes did become larger and it became a statement of a persons’ wealth and importance to have larger windows. Even the imposition of a window tax in Victorian England didn’t deter the newly rich from showing off!

Sash windows went out of vogue around the middle of the 20th century when cheaper casement windows became the norm in buildings. However in current times, sashed windows are still popular in older buildings or in homes that want to have a traditional look.

Read more on the history of sash windows here…

Sashed windows are regarded as a representation of traditional values, affluence and quality and are installed in modern buildings when the owners want to give their homes a classical aesthetic. It can be said that they do invoke a feeling of nostalgia and give a house a very homely feel that is comforting.

Older buildings – such as Listed buildings or those in a conservation area – may be required by local authorities to install sash windows to maintain the original appearance of the buildings – more on that later.

The window has just one layer of glass. Single glazing was the original method of making windows until the mass introduction of double glazing in the 60s and 70s.

In order to make homes warmer, double glazing became the norm in the mid to late 20th century.

Constructed using two panes of glass the important aspect of double glazing is that the unit is sealed. The cavity between the 2 panes is then better insulated. The insulation properties can be enhanced by filling the cavity with a noble gas, such as Argon. There is usually a desiccant material in the cavity to help prevent condensation.

Triple glazing is similar to double glazing only with 3 panes of glass (doh!). The cavity is the same size but the extra pane of glass enhances the insulating and sound proofing properties of the window.

Vacuum Glass is similar to double glazing only the cavity has all the air extracted. This makes the windows much more efficient. It also allows for a much narrower cavivity, making a thinner window with less of the unsightly interior of the unit on show.

The glass used to make the windows makes a difference too.

Glass can be enhanced to make it stronger for safety and security. The panes are made by fusing the glass to a layer of Polyvinyl Butyral using extreme heat and pressure.

Stronger than standard float glass, tempered glass can be up to four times stronger but still breakable in case of emergency.

Low E or Low Emissivity glass reflects thermal radiation – heat from outside is kept out, heat on the inside of a room is reflected back in. A microscopically thin coating is added to laminated glass that restricts UV and heat passing through the glass. The efficiency of glass like this is measured by it’s U-Value – a rating of how much heat loss the window allows.

The two main choices for the fame material for your sashed windows are:

uPVC Window frames are the most common type. Simple to construct and easy to repair, they are a cheap and reliable solution for windows the world over. However, the appearance of uPVC windows is at best described as ‘utilitarian’. Generally white in colour, they are boring but practical. Attempts have been made to spice up plastic using colours or wood effects, but the overall impression is smart, but not necessarily pretty.

If uPVC window frames come in wood effect, why not just have wooden window frames? Well, that depends on the type of wood used.

Traditional wooden window frames made from a quality timber would be more expensive than a plastic set. They may require more maintenance too, and frames made from cheap soft woods would only have a very short lifespan.

There are a range of modern, treated timbers such as Accoya® or Red Grandis. These enhanced woods will give an extended, maintenance free service life, even in extreme conditions. Accoya® for example, has a 25 year in submerged locations such as fresh water or underground, and a 50 warranty for ‘above ground applications’. These are described as ‘low maintenance’ timbers and are by far the best options for window frames.

There are quite a few options available when it comes to painting your wooden window frames. Aside from the usual array of gloss paints, varnishes and stains that we are all familiar with, it might be worth considering an advanced microporous paint. A microporous coating allows wood to breath and dry out without trapping moisture.

A combination of a modern wood with a microporous coating would be the optimum solution for an attractive, maintenance free window that will last anywhere from 20 t0 70+ years.

Which Sash window is best for you?

On a tight budget

If you are looking for the cheapest solution, then softwood or upvc frames with standard double glazing is best. Cheap and with a low degree of cheerful, these windows will fill the gaps in your walls, but not for long.

You would think that a good quality uPVC window would fit this category nicely. However the previously mentioned modern timber frame with a microporous coating would outlast a plastic option by many years. Because the cost of replacement is practically eliminated (unless you are a teenager with an interest in replacement windows, I’m sure they are out there) then the expense of the quality wooded option is outweighed by not having to pay out twice.

Best for the Environment

The process of extracting the raw materials and the production processes pretty much rule uPVC out of this category. Weighed against the fact that timber frames can actually be carbon negative when the wood comes from sustainable sources, then that’s a hard act to follow. There are also the issues of disposing of the windows at the end of their service life – recycling the plastic is still a process that causes pollution. Finally, the longer service life makes quality wood a clear winner.

The best choice in glazing would have to be either vacuum or low e double glazing.

Older buildings – those that are listed or within a conservation area – would need what’s called heritage windows. There are plastic options on this – but for authenticity then timber sash windows are a better option. Local planning authorities would prefer single glazed windows,  as they are what would have been originally installed – so go for vacuum glass as the profile is so thin, it’s as close to single glazing as its possible to get with modern performance.

Hopefully you have enjoyed reading this post and you can now make an informed decision about the types of sashed windows that are best for you.